The European Group of Research on Equity of the Education Systems (GERESE) has been constituted in 2001 for developing a set of indicators for measuring the equity of education systems in the European Union Member States. The final report presents the 29 indicators developed as an informative tool to support decision-makers to redefine the educational politics.

The matrix of indicators 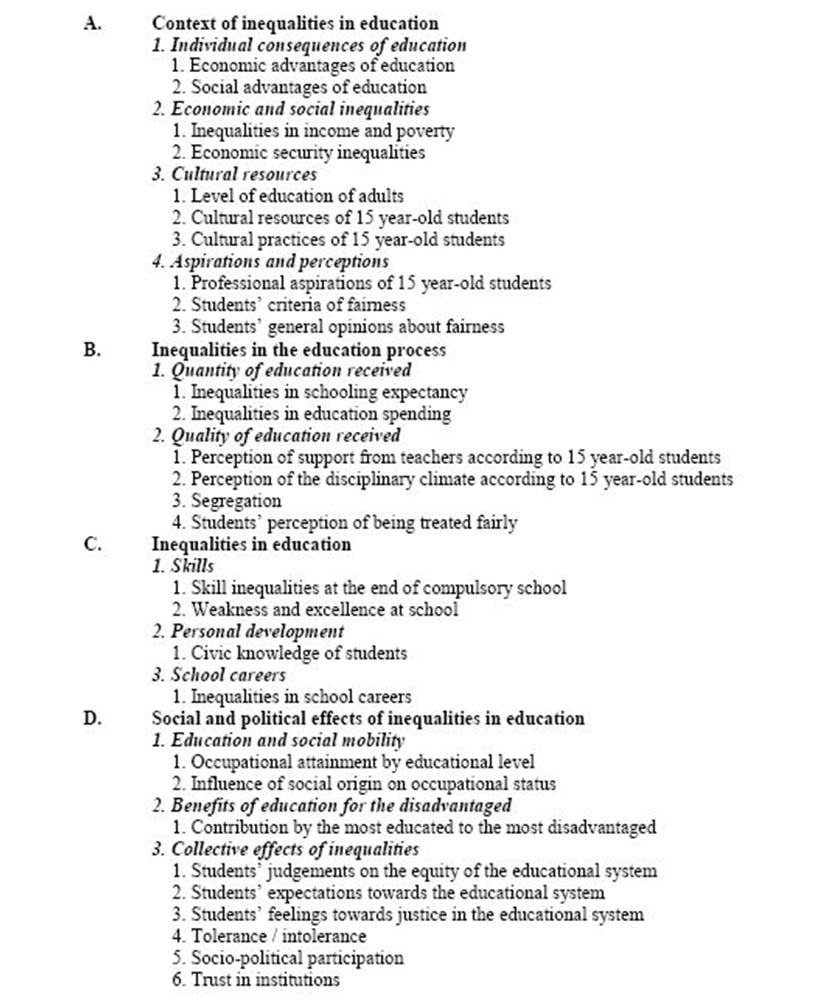 The indicators presented are intended to provide input to the debate on justice in education, by offering some elements of response to the following questions:

An approach to the fairness of European education systems 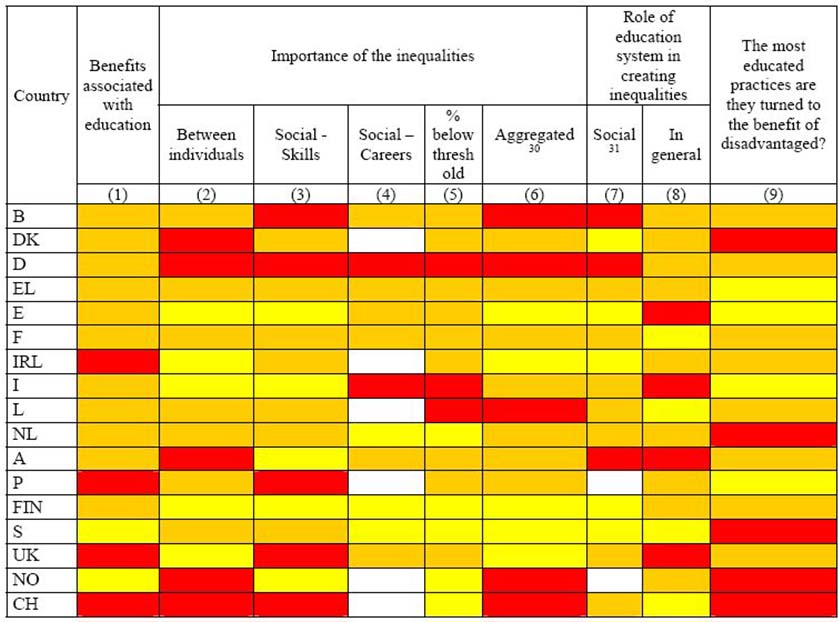 An approach to the fairness of European education systems (GERESE, 2005)

The table above shows that in some education systems, the inequalities in education are homogeneous, being pronounced (Germany and to a lesser extent Belgium) or small (Finland, Sweden, and to a less marked extent, Spain and Ireland) according to the three criteria at the same time:

The two main overall conclusions stated in the report and emerged from this analysis:

Tags: Education and Training performance, KPI, KPI in Practice, The European Group of Research on Equity of the Education Systems (GERESE)