Written by Adelina Chelniciuc on April 28, 2010. Posted in Around the world, Articles, KPI

In 2005 Bloomberg BusinessWeek launched a ranking survey for the best Business Undergraduate Schools in the United States. For this purpose  an academic quality ranking was build based on nine measures:

The results of the 2010 survey were made public at the beginning of March  and present a complete changed ranking classification for the “Top Ten Undergraduate Business Programs in the United States” compared with the results from 2009. 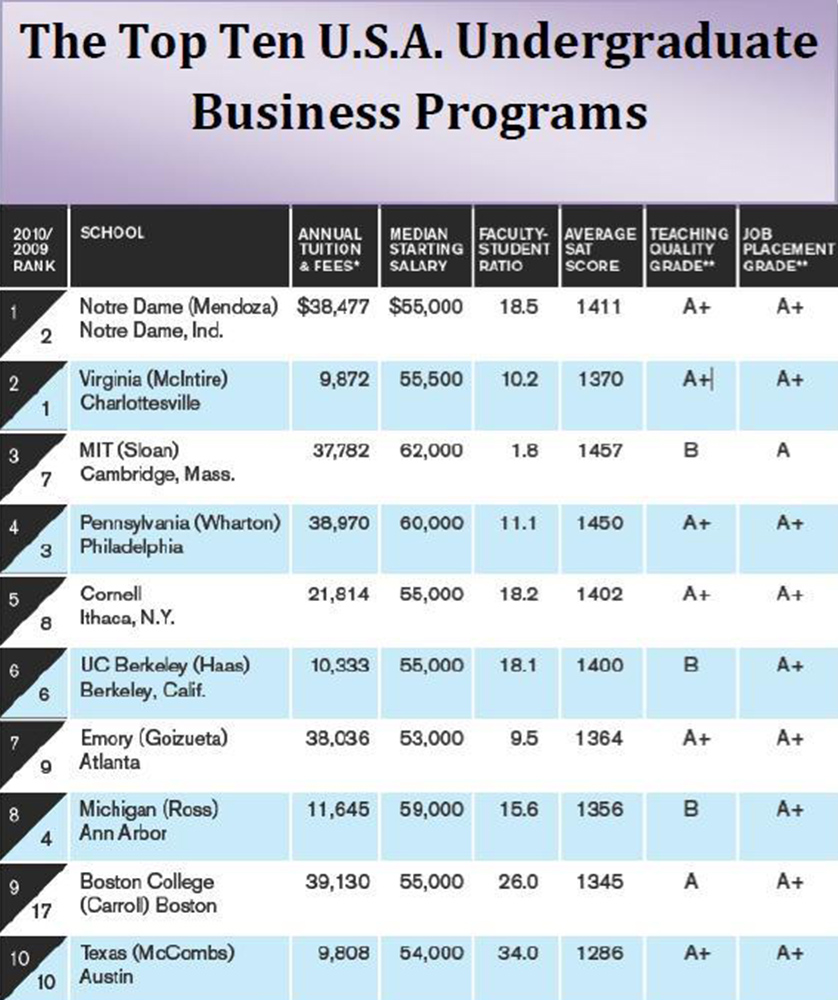 As presented in the report, one of the major challenges for the Business Schools across United States in 2010, was how to find the best methods to fight recession in order to support and secure a high employment rate for their seniors majoring in business.

Schools which got involved the most in supporting their graduating students and came with the most consistent and innovative programs and methods were the winners in 2010, being positioned high in the survey rankings.

A detailed analysis of this subject was conducted in the article “The best B-Schools vs. the Recession” available online at businessweek.com.

Additionally, smartkpis.com provides its users with a comprehensive library of Academic Education KPIs in practice, which show  how universities from around the world monitor their performance.