Written by Adelina Chelniciuc on June 29, 2010. Posted in Articles, KPI

A few days ago at Wimbledon, the third grand slam of the year hosted what became the longest match in the history of official tennis competitions. The protagonists, John Isner and Nicolas Mahut have dueled during three consecutive days in what was to become an epic battle, which probably will remain forever in the Wimbledon annals of tennis and not only. The match established several staggering records:

• Total games during which serve was held: 169

For a full statistics analysis you can visualize the scoreboard below: 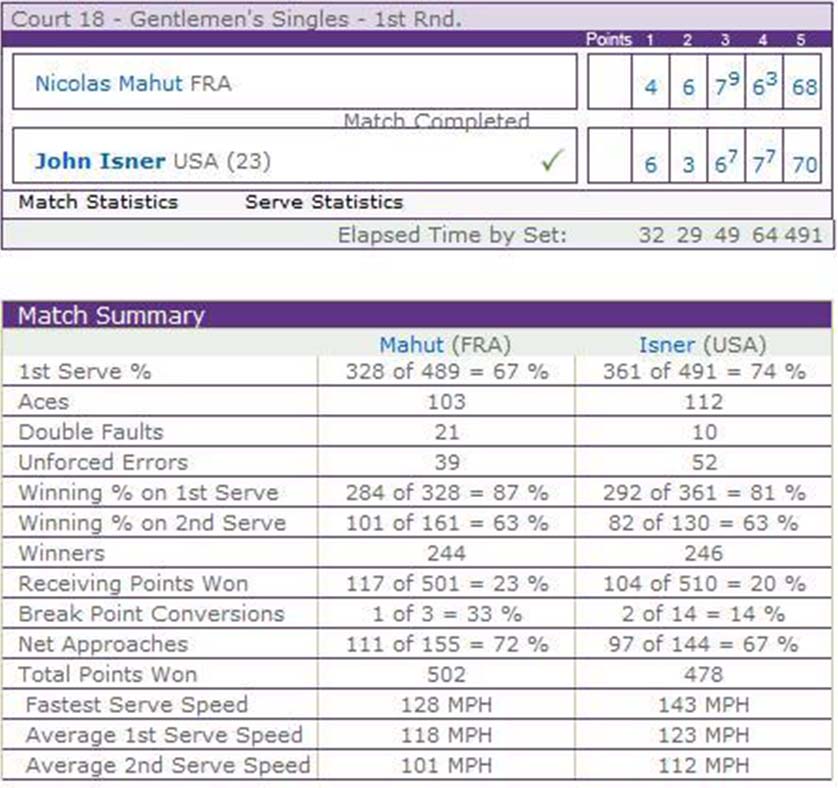 Additionally, smartkpis.com contains a complete library of KPI examples from tennis, which can be accessed online on the Sport KPI examples sections of the site. Recently a set of five new metrics relating to the chair umpire decisions challenging system, named Hawk Eye were introduced. These are: