Written by Andreea Vecerdea on June 11, 2014. Posted in Around the world, Articles, Organisational performance

More and more state governments are now introducing Key Performance Indicators (KPIs) to monitor and improve performance across different services offered to citizens, and public transportation is no exception. In Australia, bus drivers resent the pressure of governmental KPIs, especially in regards to running times.

Written by Adelina Chelniciuc on March 28, 2014. Posted in Around the world, Articles, Balanced Scorecard

One of the leading international management thinkers, Professor Robert Kaplan, from Harvard Business School, made a visit in Australia in mid September 2010 to talk about the new developments in the field of strategic performance management and Balanced Scorecard.

Written by Denisa Călin on March 18, 2014. Posted in Around the world, Articles, Operational performance

Yarra Trams, operated by the KDR Melbourne consortium, is the name of the Melbourne tram network, the largest in the world, with roughly 250 kilometers of double tracks and 31,500 services scheduled each week.

Written by Adelina Chelniciuc on March 6, 2014. Posted in Around the world, Consultants, Interviews, Organisational performance 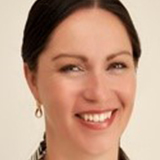 An important editorial rule followed in the development of the content is that a discipline can only evolve through the combined efforts of practitioners, academics and consultants. Eve Blackall, Group Director at Smart Accounting, Australia was one of the consultants that The KPI Institute interviewed.

Written by Adelina Chelniciuc on January 6, 2014. Posted in Academics, Around the world, Interviews, Organisational performance 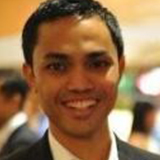 Sujay Nair, Lecturer-Enterprise Performance Management at The University of Melbourne, Australia was one of the academics that The KPI Institute interviewed.