Measuring the performance of the R&D function

Written by Adelina Chelniciuc on June 4, 2010. Posted in Around the world, Articles, KPI

Innovation is probably one of the most common words in the business “arena”. Even in these tough times, surprising and extraordinary innovation efforts take place in businesses across the globe. CEOs are recognizing the power and potential of innovative ideas: “We can innovate and differentiate only by investing in R&D.” (Infotech, 2010)

In the current post we will concentrate broadly on R&D expenditures, metrics and the importance of R&D activity, as a key benchmark of economic competitiveness.

A recent report published by Business Innovation and Skills Department, UK (2009) investigated the performance of the top UK and global corporate investors in R&D. The analysis and case studies in the 2009 R&D Scoreboard report were written by the Economist Intelligence Unit. The table below shows the R&D expenditures and average R&D growth among the top ranked companies. 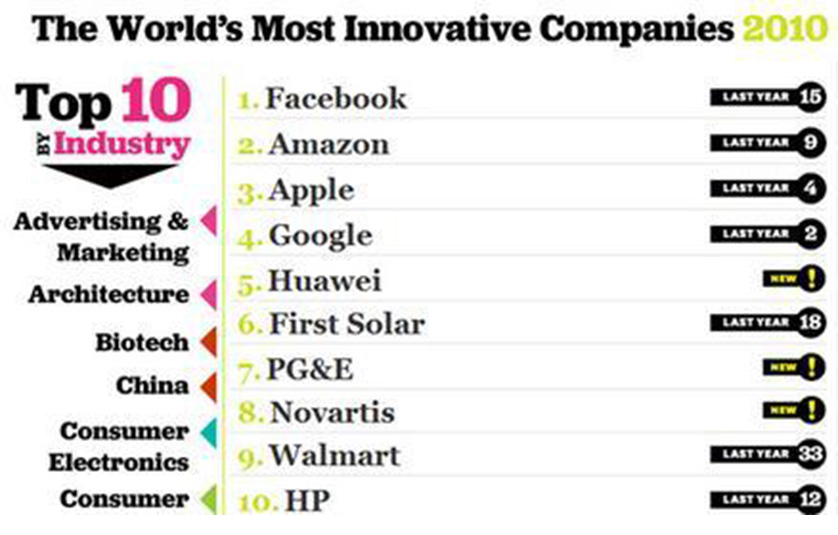 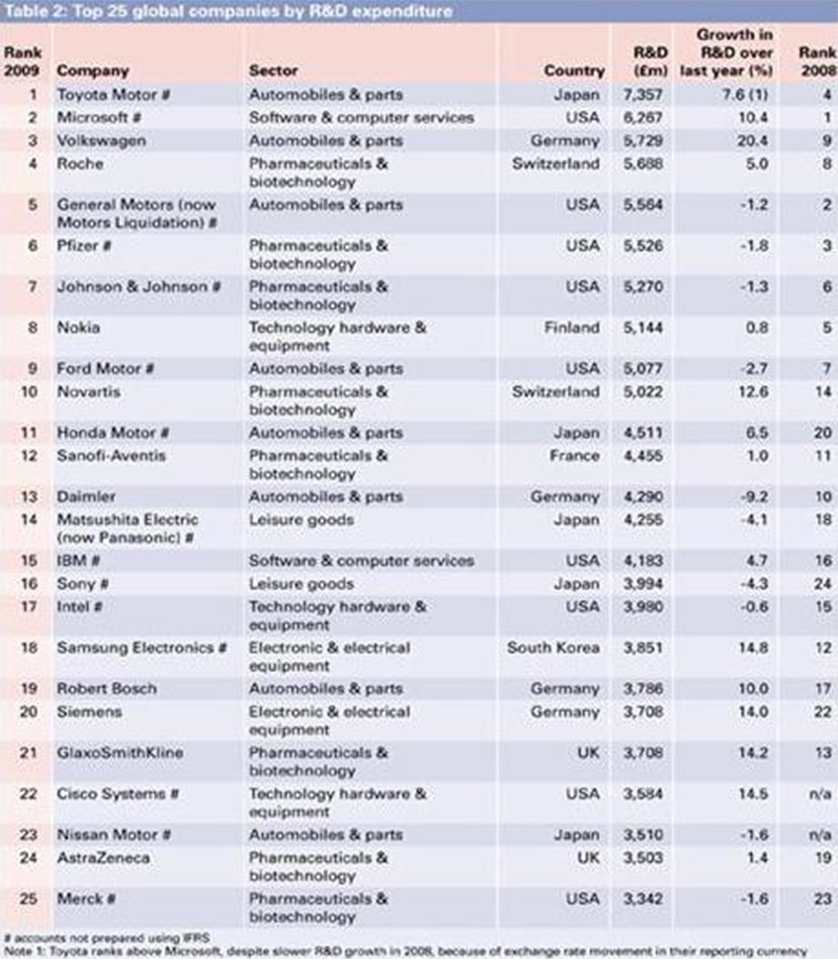 So, what makes the world’s most innovative company? Is not just exploiting a single idea. Doing things completely differently, making money and saving costs – requires more. It is well known that progress depends on the contribution made by systematic research. Broadly defined, the purpose of research is to answer questions and acquire new knowledge (Marczik et al., 2005). There is a call to benchmark and monitor performance in R&D area and for using the right metrics.  A recent report showed that the “top five” R&D metrics are:

4. Current-year percentage sales due to new products released in the past six years (56%)

These days it is not enough to be good at innovating. To survive and prosper more and more organizations find that they need to innovate faster than their competitors.