Written by Mihai Toma on September 5, 2013. Posted in Around the world, Articles, KPI

A recent benchmark report published by HotStats offers an overview of the UK hotel market one year after London has hosted the Olympics. Over 600 hotels in the UK have been benchmarked against 6 Key Performance Indicators (KPIs) and provides a clear picture of the current status of the hotel industry in the United Kingdom.

The chosen KPIs that were measured and provided the data for the benchmark report are:

The hotels in London are facing an expected decline following the Olympics last year with the capital showing negative year-on-year results across the majority of KPIs, expect occupancy. In comparison, the hoteliers from the provinces experienced positive year-on-year performance and recorded positive results in all the measure KPIs. 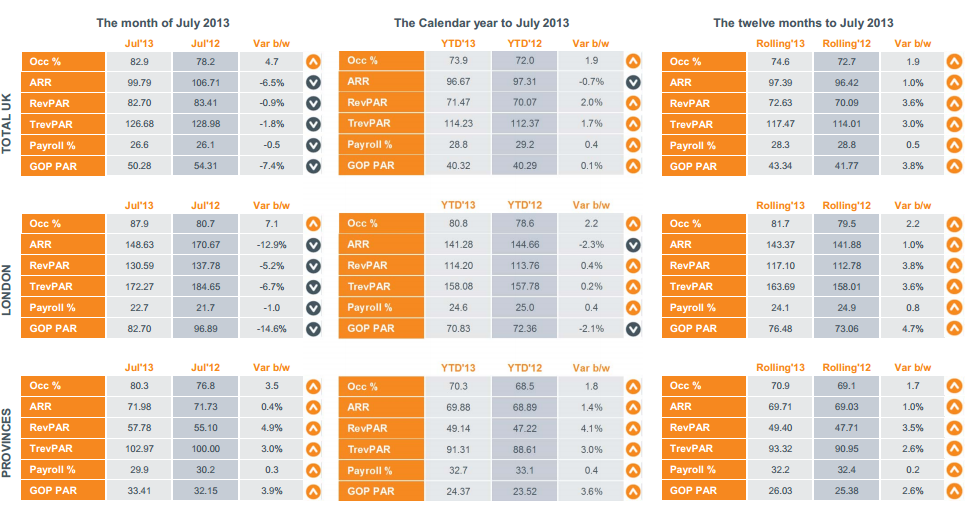