Written by Adela Tudorache on November 28, 2013. Posted in Around the world, Articles, Organisational performance

Modern libraries today put in place different feedback forms, in order to assess their visitors’ satisfaction with the provided services. The present article analyzes two Customer Satisfaction forms proposed by The British Library and by Flinders University Library in Australia.

At the British Library, the Customer Services team conducts monthly Customer Satisfaction Surveys over the phone, as part of the Continuous Improvement Programme. On its website, the Library provides the feedback received from customers, with explicit problems, suggestions and compliments, along with their response to the matters. 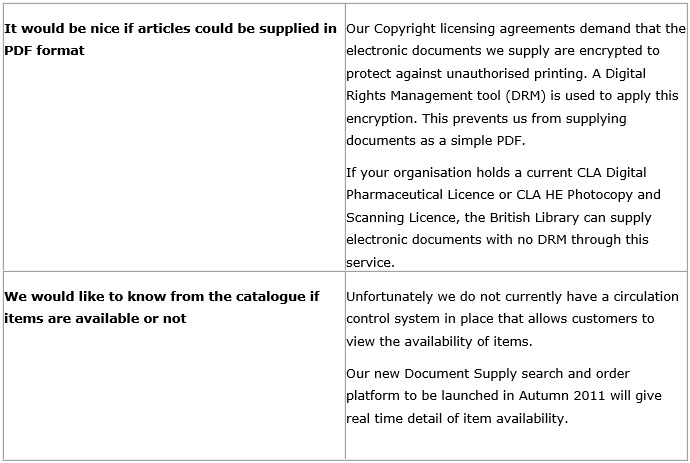 While it is a good approach to single out specific comments of customers, it is advisable to measure customer satisfaction through clear and precise surveys, targeting all areas of services covered by the institution. This way, the results will be quantifiable, easier to compare in time and across companies.

Another example of assessing clients’ satisfaction is rendered by Flinders University Library in Australia, which along with other Australian University Libraries, use the Insync Library Client Satisfaction Survey. This is a national benchmarking survey offered by Insync Surveys. 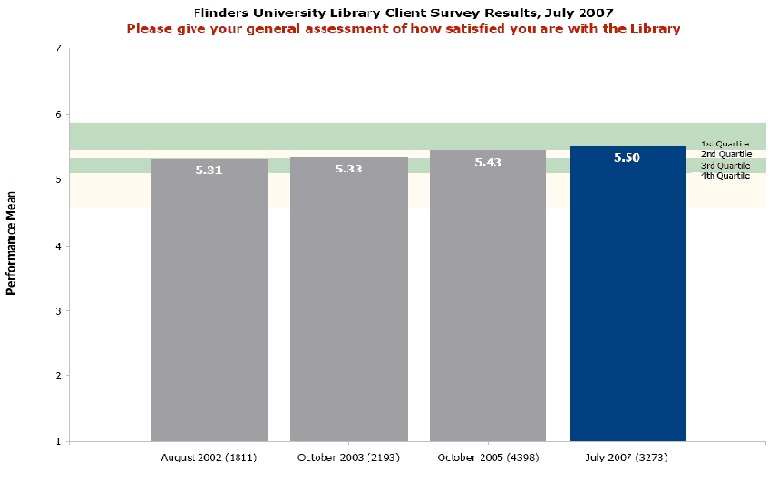 On its website, the Library presents the actions taken, following the results of the survey, for each problematic area.