“We will compensate any violation of our promises to customers automatically. This means that if we do not keep our promise, then the next bill sent to customer is 20 euros less.” This is what Tallinna Vesi, a water services company from Estonia, promises its clients. On its website, there are 10 promises related to delivering accurate and on time services, which refer to supplying water and responding to client inquiries.

The company’s vision for 2016 is focused on its employees, customers, operations and finance. Even if the Balanced Scorecard (BSC) concept is not specifically used as a term in the vision, its influence can be perceived, as the four areas of interest correspond to the four BSC perspectives. This proves once more the popularity of this performance management approach, which is used extensively in business, because it provides a natural means to clustering an organization’s activities, it is easy to use and it has shown its benefits in practice. 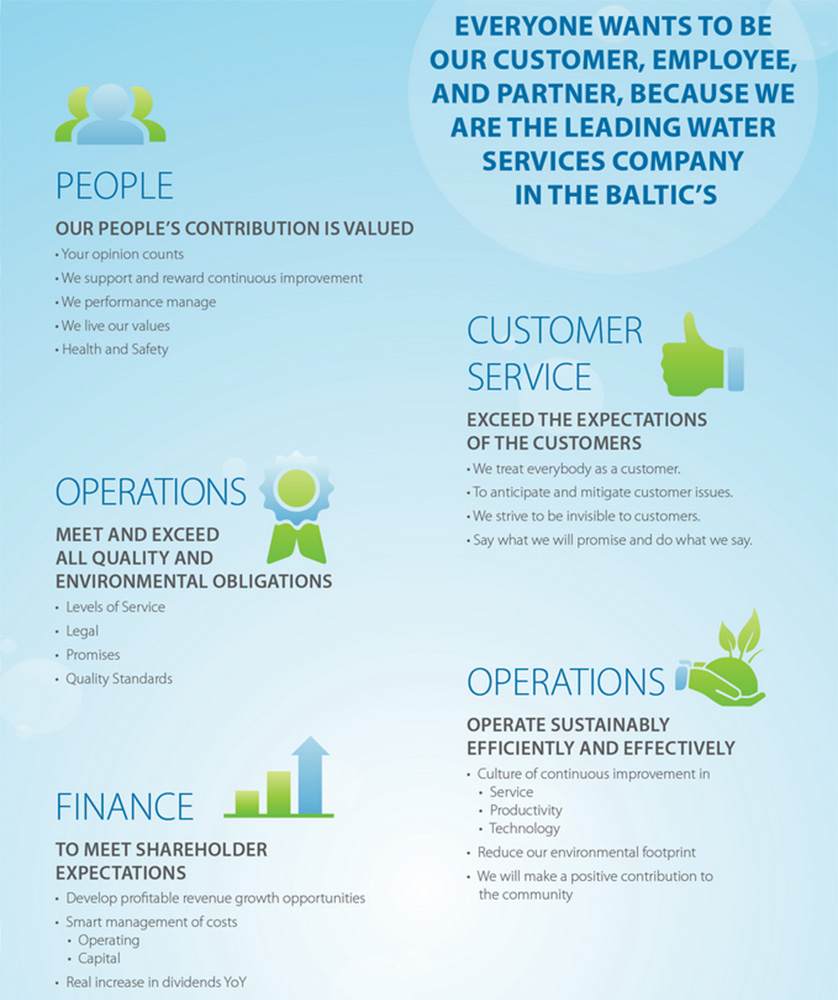 Tallinna Vesi’s long term vision is further translated into 4 strategic objectives, meant for achieving customer service excellence, operational excellence, growing the company’s activity and delivering value to shareholders. To makes sure these objectives are met, the company has established a set of operational indicators, as they are called in its reports. For the first nine months of 2014, these indicators registered high values, which is a sign of the company’s operational performance. 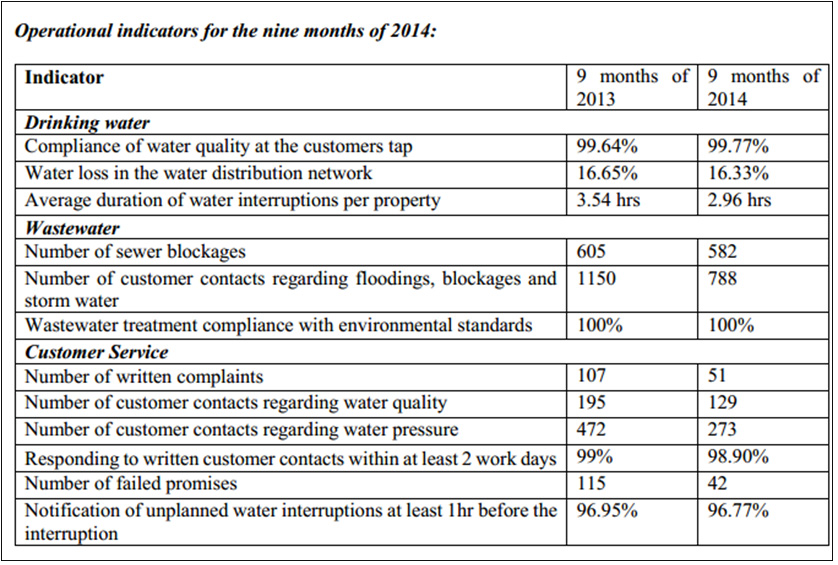 Some aspects stand out when analyzing the above table, retrieved from Tallinna Vesi’s 2014 performance report:

Another aspect that has to be mentioned is the fact that the table is followed by comments, which consist of actions taken to improve some KPIs’ results, or analyses made to show KPIs’ results in time. This enables the reader a better understanding of what the company does, effectively, to reach the desired performance.

The company promotes the usage of tap water, making real efforts to increase the quality of the water supplied to citizens. Also, in its effort to making the population aware of how an environment-friendly lifestyle may improve their lives, a number of activities were held in schools and restaurants. Open door days at the company’s water treatment plants are also organized, to raise citizens’ interest in how the water is produced and delivered to their tap.

Tallinna Vesi is highly interested in protecting the environment and community in which it activates, thus, each year, along with its operational and financial reports, environmental and CSR reports are also developed. In this way, the company makes sure it achieves its mission, the reasons for its existence: to create better life with pure water, while striving to fulfill its vision: to become the leading water services company in the Baltics, as everyone wants to be its customer, employee and partner.