Representing information in a visual manner through the use of maps is one of the biggest subsection of data visualization types. From planning a trip, to measuring a company’s sales performance in different regions, maps allow a visual representation which communicates information quickly and adds a special dimension to the data.

There are several map types, each with its strengths and weaknesses. These can be combined or altered to make new types of maps available or to diminish their flaws by adding value to the displayed information.

The most commonly used map types are:

The below example represents the doctors’ pay level in America. The values can go in two directions: from the average which is the middle, either towards higher or towards lower. Both of these directions have five different hues. Some choropleth maps offer additional information by providing an interval for each of the different color hues. 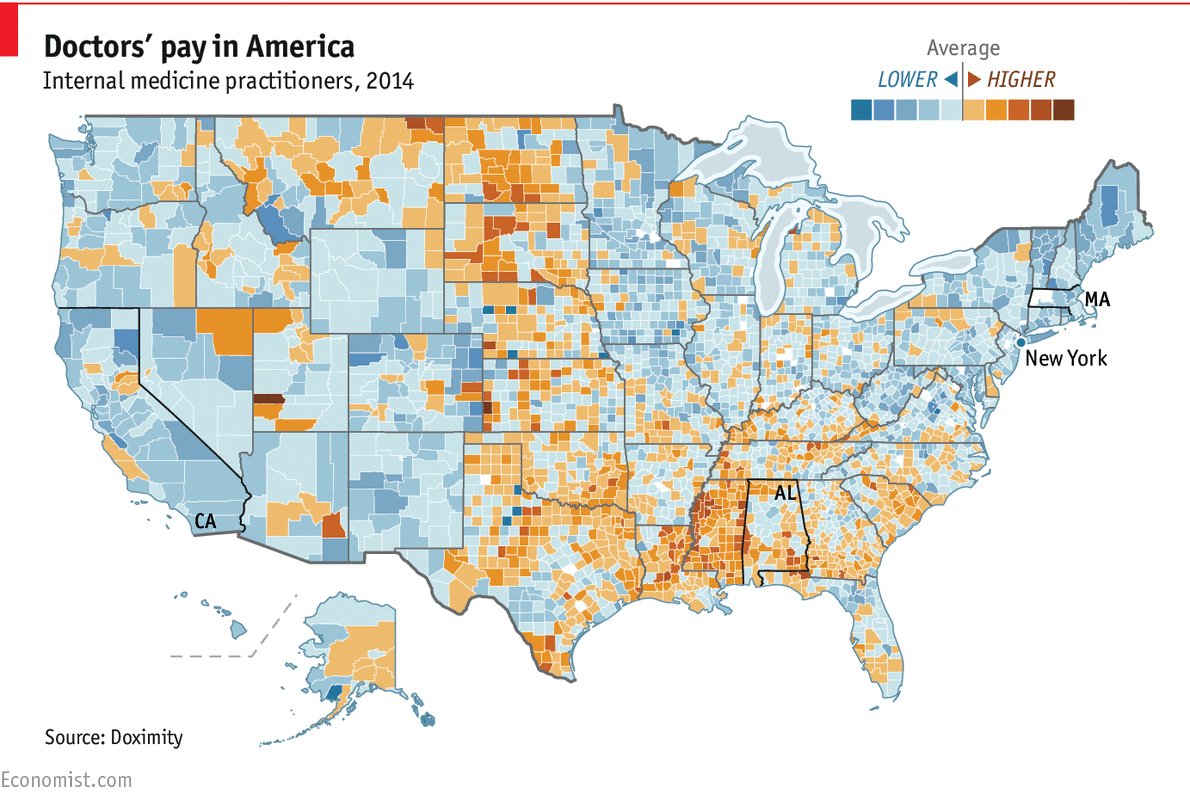 The following example reflects industries from Denmark as they were in 1974. Their proportions are expressed in each region as part of a pie chart. 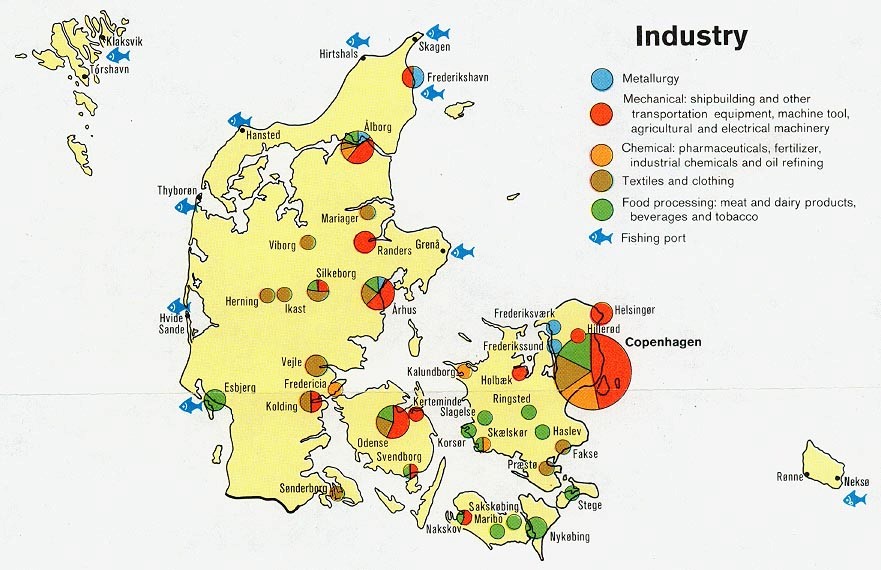 The famous map of Napoleon’s march by Charles Joseph Minard is a version of a connection map with a quantitative dimension added. In this visual representation, the thickness of the connecting lines represents the size of each army at each geographical position.