Written by Denisa Călin on April 26, 2010. Posted in Around the world, Articles, KPI

Employment rate of  British students after graduation is another topic analyzed in the ‘Race into Higher Education’ report, which was mentioned also in a previous blog post.

The numbers presented in the report show that ethnic minorities are less likely to find employment after graduation, than their white counterparts: 56.3% of ethnic minority students who graduated in 2007-08 found work within a year, compared with 66% of white students. Both White and ethnic minority females are ahead of males in employment success by around four percentage points each. (Business in the Community, 2010) 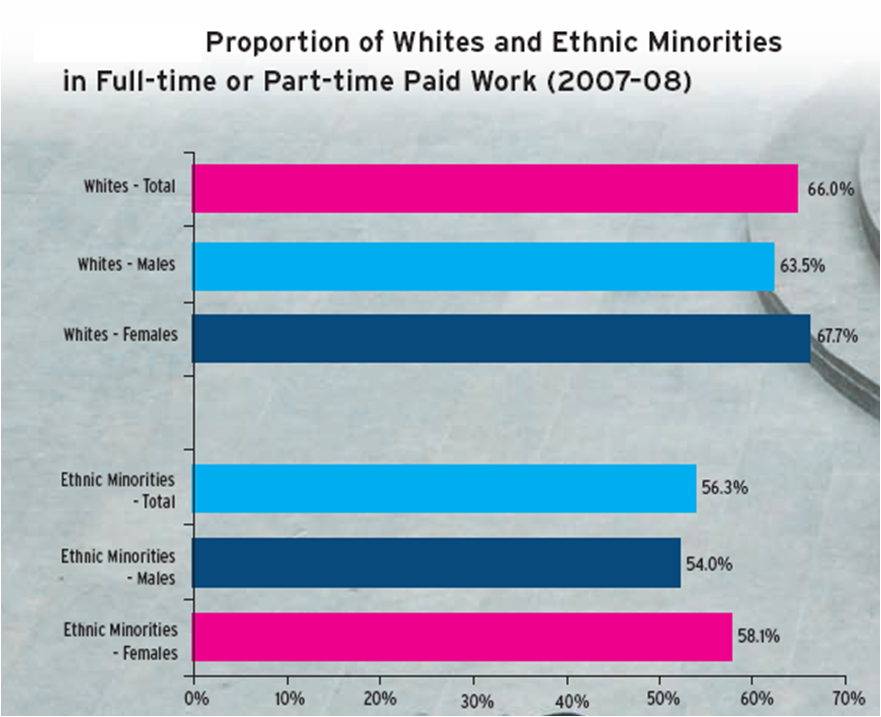 According to Sandra Kerr, national campaign director at Race for Opportunity, “…only if more school leavers from ethnic minority backgrounds study at Oxford, Cambridge and other high achieving universities are we likely to see British ethnic minorities progress into senior management and key leadership positions.“(Business in the Community, 2010)

In order to support the increase in Higher Education for ethnic minorities and their chances to employment after graduation, the “Race into Higher Education” report makes the following recommendations:

The main performance indicators to support and monitor these initiatives are:

The report  is available free of charge at: http://www.bitc.org.uk/workplace/diversity_and_inclusion/race/hesa_report.html