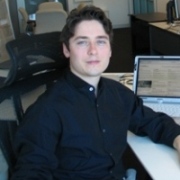 One of the earliest uses of a mission statement outside of religious and military organizations is reported to have occurred in 1941, when the American Journal of Economics and Sociology was established by Adolph Lowe and Franz Oppenheimer. As founding members of the editorial board they adopted a mission statement for the journal that called for cooperation and constructive synthesis in social sciences (Forstater 2002).

In business context, the use of the term mission had a different path. As early as 1960, Stoller and Van Horn wrote about how the military approach to planning can be applied in a business context. Smalter (1964) published one of the first articles exploring the influence of military literature on management practice. It explored in detail how the military concept of missions can be applied in business, however the term was used more in a “program-package” sense and not in the sense it is widely used today. Tombach (1961:54) had a different approach to using the word “mission” to cross-over from military to business literature: “the mission of defense […] can be broadly defined as that of preventing or minimizing damage to a target or target complex […] from hostile action.”

According to David (1989), the link to the business environment was facilitated by Peter Drucker, who started to write on the topic in mid 1970s. One of Drucker’s recommended questions for any organization was: “What is our business?”. David (1989:90) considered the answer is reflected in Drucker’s own words (1973): “A business is not defined by its name, statutes, or articles of incorporation. It is defined by the business mission. Only a clear definition of the mission and purpose of the organization makes possible clear and realistic business objectives.”

McGinnis (1981), Pearce II (1982), Staples and Black (1984) were among the first to dedicate entire articles to the discussion of the use of missions statements as strategic management tools. The term “mission statement” was understood as expressing the fundamental purpose specific to an organisation.

By 1986, two things occurred. On one hand, mission statements became widely used in corporate environments. Want (1986:48) notes that: “Executives and consultants alike are familiar with mission statements, and many have participated in the mission-writing exercise.” On the other hand, divergent views how mission statements should be formulated and used started to emerge. Pearce II and David (1987) proposed eight key components, among which mentions of target customers and markets, identification of products and services, geographic domain, core technologies and desired public image. Want (1986) lists as primary components of corporate mission statements: purpose, principle business aims, corporate identity, policies of the company and the values.

Regardless of these challenges, by 1990s research on the use of mission statements started to focus on their use (Ireland and Hitt 1992), their role (Leuthesser and Kohli 1997) and impact on firm performance (Bart and Baetz 1998). From 2000 onwards, researchers focused increasingly on questioning the value added by mission statements. Titles such as “Mission Statements: Are They Smoke and Mirrors?” (Bartkus, Glassman and McAfee 2000) and “Mission Possible: Do School Mission Statements Work?” (Davis, Ruhe, Lee, Rajadhyaksha 2007) are illustrative. Further research in the impact of mission statements on the financial performance concluded that they have little or no impact on financial performance (Bartkus, Glassman and McAfee 2006).

One of the most comprehensive reviews of the topic by Stallworth Williams (2008) concluded that despite the challenges in the formulation and use of mission statements, they shouldn’t be considered fads, as they withstood the test of time and continue to matter.

Mission statements continue to remain an important strategic management and business performance management tool, helping with grounding organisations by clarifying their purpose or reason to exist and framing the context of their operations.

Bartkus B, Glassman M and McAfee B (2000), Mission Statements: Are They Smoke and Mirrors? Business Horizons, November-December: 23-28.

Merino O, Newson LA (1995) ‘Jesuit Missions in Spanish America: The Aftermath of the Expulsion’. Paper presented at the Conference of Latin Americanist Geographers, accessed at http://sites.maxwell.syr.edu/CLAG/yearbook1995/newson.pdf on 29 June 2010.

Stallworth Williams L (2008), The Mission Statement – A Corporate Reporting Tool With a Past, Present, Future, Journal of Business Communication, 45( 2): 94-119.