How Apple uses the Balanced Scorecard

A Balanced Scorecard helps a company innovate and elevate itself to new heights of performance, by assisting its leaders in making key decisions that are in line with the company’s objectives.

Written by Cristina Mihăiloaie on September 21, 2020. Posted in Editorials

Performance management, at least at the employee level, has received serious criticism from multinationals such as Microsoft, General Electric, Adobe, Goldman Sachs Group and Google, in the past 5 years. The traditional ranking system and KPI measurement used in the appraisal process provided little added value for the organization, for managers or for the individual. Practice has proved that a measurement system is merely a promise of improvement. 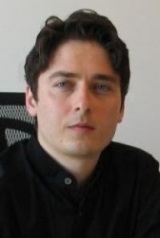 The Best-Performing CEOs in the World represents the first global ranking of the CEOs based on company performance during their tenure. Developed by INSEAD Professors Morten Hansen, Herminia Ibarra and Urs Peyer, the ranking is based on a global data set regarding 2,000 CEOs of 48 nationalities and from companies in 33 countries (INSEAD, 2010). The CEOs were chosen from the S&P Global 1200 and S&P BRIC 40 lists since 1997.