Written by Denisa Călin on June 15, 2010. Posted in Around the world, Articles, Individual Performance

The 2010 report on the The World Cup and Economics was recently released by the Global Investment Research Division of Goldman Sachs. Besides forecasting football scores and rankings, the report presents an analysis regarding the correlation with other types of indicators within the World Cup context.

After testing statistically both GNP per capita and GES with the current FIFA rankings, the conclusions were: 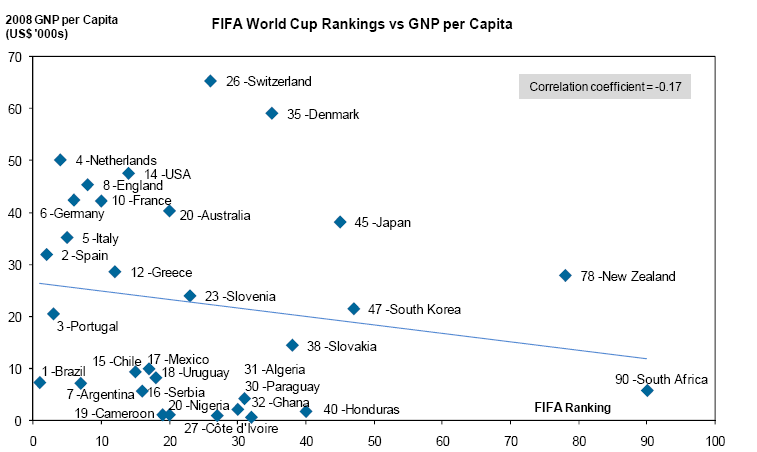 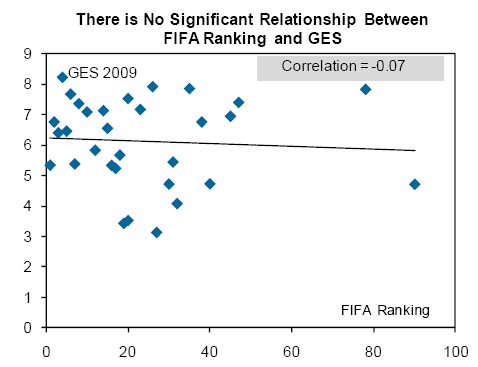 Improvement in GES and FIFA Ranking

At its fourth edition, World Cup and Economics 2010 report presents also football statistics and odds for each country, offering even an intriguing exercise that calculates probabilities for the likely winner of the Cup.