Written by Denisa Călin on January 25, 2011. Posted in Articles, KPI 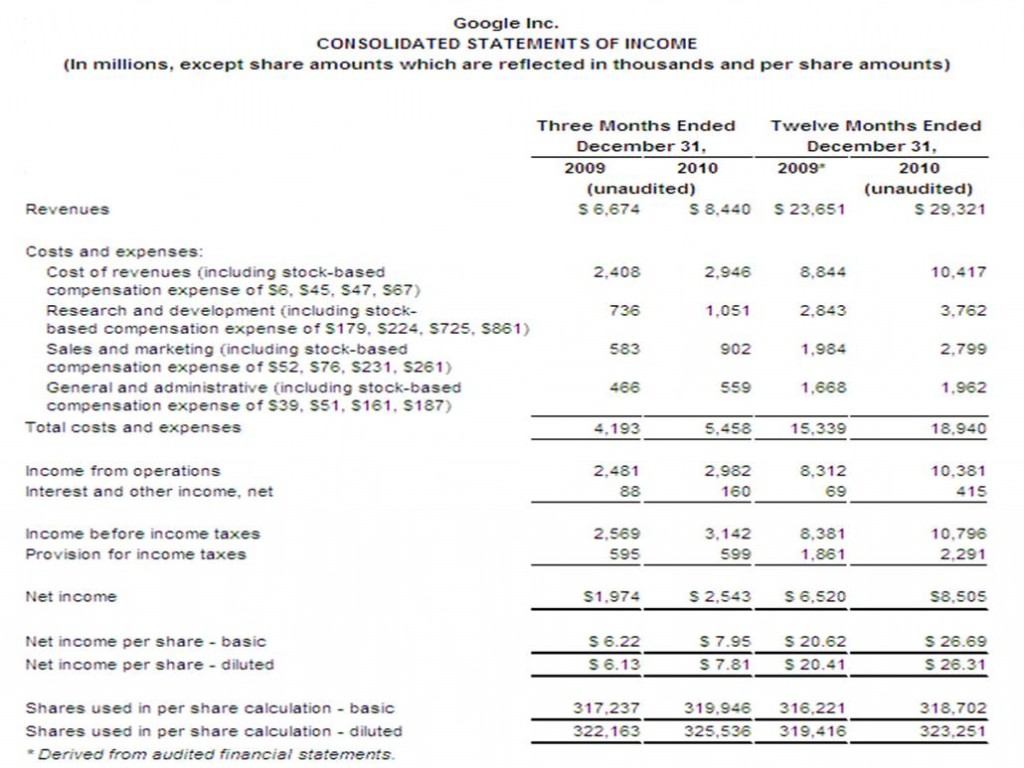 The financial Key Performance Indicators (KPIs) highlighted in the press release are:

“Q4 marked a terrific end to a stellar year“, said Eric Schmidt, CEO of Google. “Our strong performance has been driven by a rapidly growing digital economy, continuous product innovation that benefits both users and advertisers, and by the extraordinary momentum of our newer businesses, such as display and mobile. These results give us the optimism and confidence to invest heavily in future growth — investments that will benefit our users, Google and the wider web.” (Google Inc., 2011)