Have you wondered why some managers have the best team, with happy members, who meet deadlines and surpass project goals while others don’t? The secret ingredient is the attributes they have.

The surprising habits of the original thinker

Written by Adela Tudorache on February 2, 2021. Posted in Multimedia

Being creative can be a struggle for many individuals, yet not so much for an original thinker.

Written by Andrei Costea on January 5, 2021. Posted in Academics, Interviews 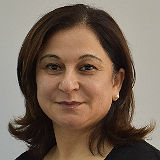 Back in 2017, the Performance Magazine editorial team interviewed Randa Hariri, Ph.D. and Director of Strategic-Operational Planning & Performance Evaluation Department/Assistant Professor at the Dar Al-Hekma University, Saudi Arabia. We aimed to get insight from a seasoned scholar on how PM can improve.

Performance management has to undertake a paradigm shift from adopting a judgment and accountability approach, to following an improvement and enhancement approach.