Written by Aurel Brudan on July 9, 2011. Posted in Editorials, Strategy

Although widely unacknowledged, as declared by the United Nations, 2010 was the international year of biodiversity. It was meant to raise awareness in the fragile state of many species of plants and animals around the world and mobilize in safeguarding biodiversity.  There is much talk about climate change, however the profile of biodiversity as a world crisis is somehow overshadowed. Perhaps many made terms with the idea that more and more species and threatened and disappear: ”…well, there are plenty…there is not much we can do…someone will look after them..”.

While on the short term the impact of the disappearance of species may be small, the medium and long terms implications may be considerable. A recent example is the jellyfish invasion in many parts of the Sea of Japan and other parts of the world, attributed by many to the overfishing of small fish and the growth in dead ocean zones (portions of the ocean with depleted oxygen levels in water due to chemical unbalance). Around the world, biodiversity is an issue of alarming proportions. One hundred species per million are currently estimated to be lost per year (Rockstrom and others, 2009).

The 2010 IUCN Red List of Threatened Species estimates that:

The United Nations Environment Programme (UNEP) has been publishing the UNEP Year Book since 2003, which reports on new environmental science and recent developments in the environment. The latest report for 2010, outlines new research that illustrate the boundaries have been crossed for climate change, interference with the nitrogen cycle and mostly biodiversity loss, of the nine components of Earth systems that show signs of global environmental change driven by human activities. 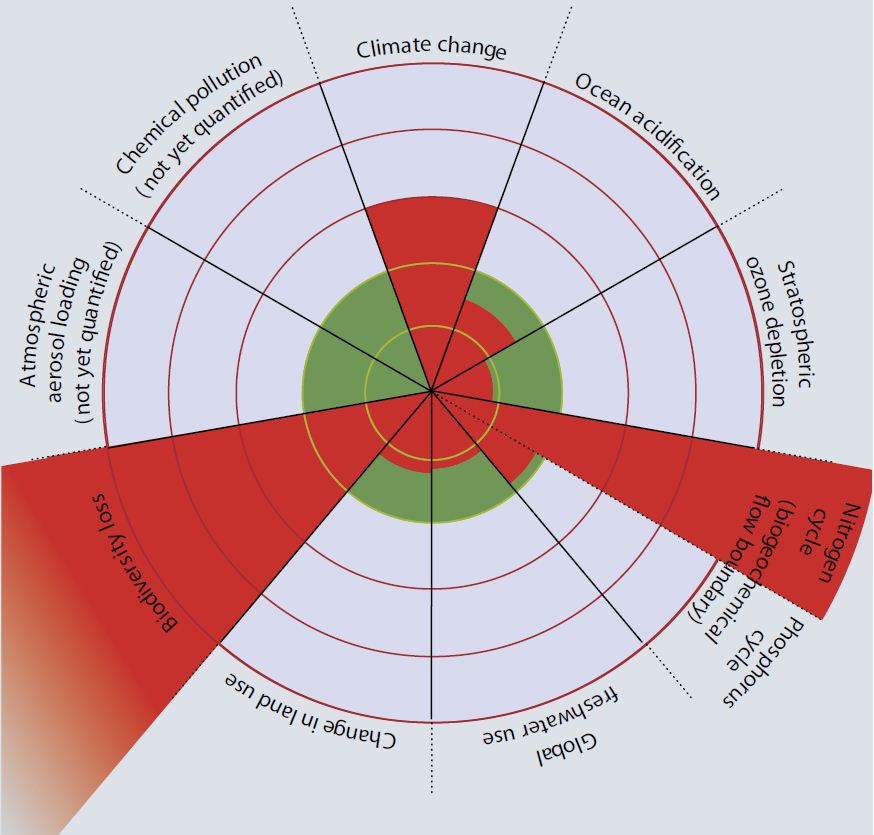 The Global Biodiversity Outlook 3 report, published by the United Nations Secretariat of the Convention on Biological Diversity in 2010, confirms something many already knew: the target set by world leaders in 2002, to achieve a significant reduction in the rate of biodiversity loss by 2010 was not met. In addition, the five principal pressures directly driving biodiversity loss (habitat change, overexploitation, pollution, invasive alien species and climate change) are either constant or increasing in intensity. The report also states that the ecological footprint of humanity exceeds the biological capacity of the Earth by a wider margin than at the time the 2010 target was agreed. Progress in addressing such challenges is slow and made mostly at policy and governance level, thus having a delayed impact on biodiversity. While at least 31 bird species (out of close to 10,000) would have become extinct in the past century, in the absence of conservation measures, by comparison the figure is small. Among the conclusions and recommendations of the report, several highlight the need to elevate the profile of biodiversity as a key concern not only for governments and institutions, but for organizations and individuals as well:

Such developments highlight stronger than ever the need for more emphasis on sustainability at organizational level. As existing efforts seem to be not sufficient, among the questions that organizations should ask themselves are: