Protecting against financial fraud with KRIs

Written by Mihai Toma on November 8, 2013. Posted in Articles, KPI

A recent Australia-wide research study on fraud cases within financial institutions, conducted by the governance firm Warfield & Associates, has revealed that businesses and clients have lost over $200 million since 2000 due to employee committed fraud. During this period, 120 cases of fraud directly committed by employees resulted in 123 criminal convictions in Australian Courts.

Some of the report’s key findings include: 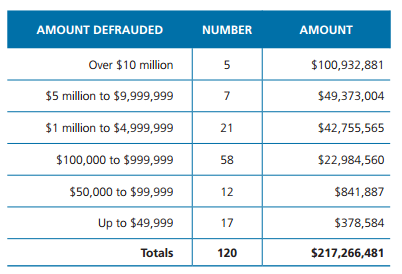 The findings of the report underline major flaws in the current standards and procedures of financial institutions. Background checks and fraud awareness training courses are a clear necessity accompanied by stricter and timely conducted audits within the organization. 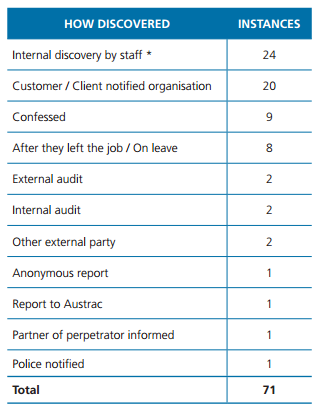 Another report, the 2012 Fraud Survey included in the New South Wales Auditor-General’s Report to Parliament emphasizes the findings of the Warfield report, highlighting that 48% of public agencies identified at least one fraud case in the last three years.

The Auditor-General’s main concerns expressed in the report are:

Based on the main issues featured in the two reports, it is clear that the risk of fraud has to be adequately and actively monitored by financial institutions. It is recommended that the following Key Risk Indicators are deployed and monitored: