Written by Adelina Chelniciuc on April 6, 2010. Posted in Articles, KPI

Along with the rise of social networking sites, a new type of games emerged and found favorable grounds to develop. These are the so called social games, simple games that let people play with their friends on networking sites such as Facebook. (Gross, D., CNN, 2010)

One developer of such games, Zynga, uses indicators to monitor their games’ attractiveness in order to improve them, and even focus them efficiently towards social causes (Zynga, 2009). Some of the performance measures are: 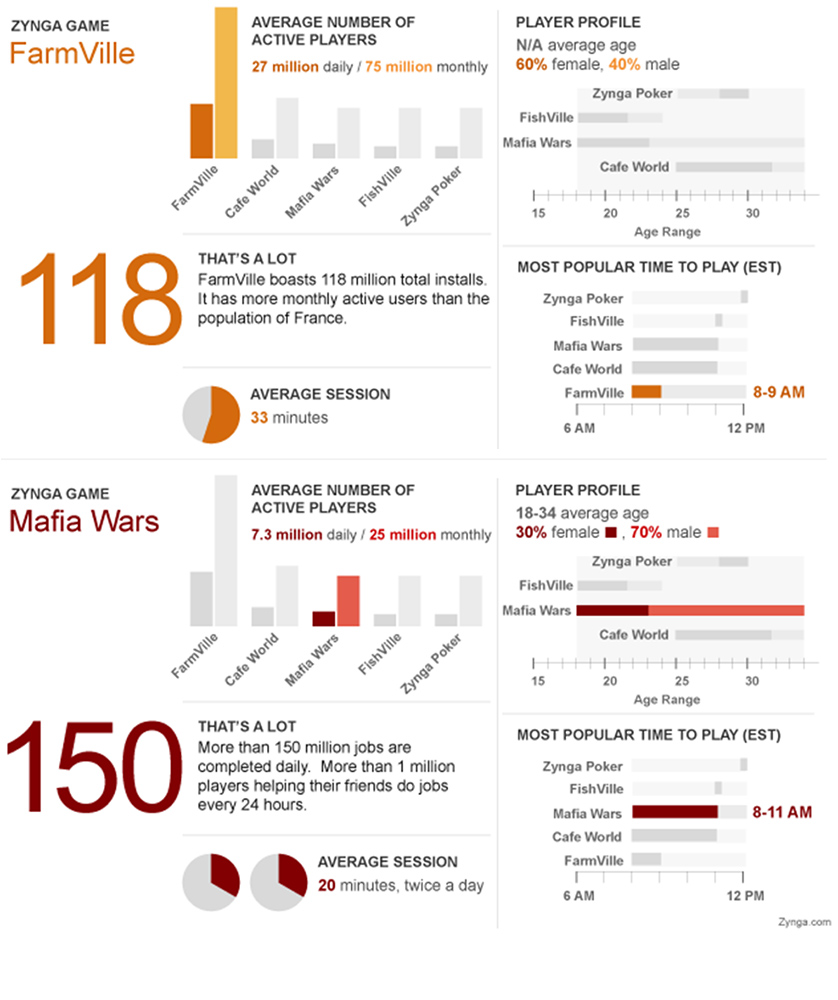 The most popular games developed by Zynga are FarmVille, Mafia Wars, Cafe World or FishVille, out of which FarmVille won the Best New Social/Online Game Award in 2010 at the Game Developers Choice. One measure used to evaluate the success of the game is the number of players per month, as Bill Mooney from Zynga states: “85 million players a month can’t be wrong” (Zynga, 2010).

One essential element of social games, which also makes them so popular, is that they “can be played in a tab on your browser while you’re on a conference call”, as Mark Pincus, a veteran Web entrepreneur who created Zynga in 2007, said (Gross, D., CNN, 2010).

Image Source:
Let's Do It! - Clean a Country in One Day - Performance Measurement Case Study
Educational spending in the Netherlands - a thorough analysis of the indicators