Performance Management in the Government of China – a success story

Written by Adelina Chelniciuc on April 18, 2014. Posted in Around the world, Articles, Organisational performance

The fact that China is rapidly emerging as one of the most powerful countries worldwide is no longer a secret. Besides its trading power, large population and Gross Domestic Product (GDP), China is also an example of good practice when it comes to its governmental administration. From at least the mid-1980s, the Chinese government has implemented a Performance Management system that has grown in complexity and sophistication.

Administrative reforms in China have long been centered on structural changes, as proven by the six rounds of large-scale re-organization campaigns conducted in 1982, 1988, 1993, 1998, 2003 and 2008, all of which were initiated by the central authority and implemented in a top-down manner.  Restructuring has strengthened key regulatory agencies, although local management on important accountability and control functions, such as auditing, continues to be a problem.

In China, performance-related pay in the public sector unit (PSU) forms a cluster of public service providers operating alongside core government. When it comes to pay-for-performance plans, China has some particularities that are worth mentioning: the status/qualifications (family, education) of the individual are very important in evaluating performance, and employees rarely to almost never, contest a performance rating or challenge a manager. 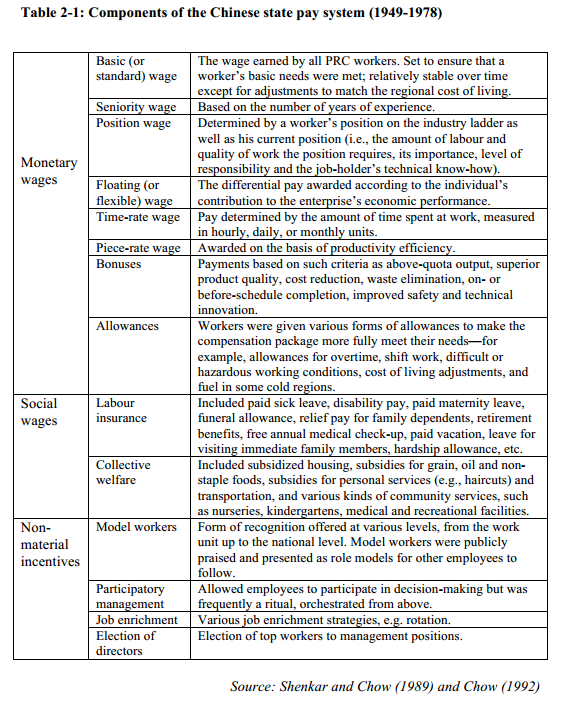 After years of practice within local governments, the central authorities have recently started to institutionalize the ORS as an important tool for improving governmental performance. An example of local initiatives taken over by the center is Shaanxi Province, which relies on monitoring local authorities, such as audit offices, that have interest in inflating the achievements of the local leadership group.

At different stages of this project, China focused, in turn, on each of the following: performance measurement, performance management and strategic planning. 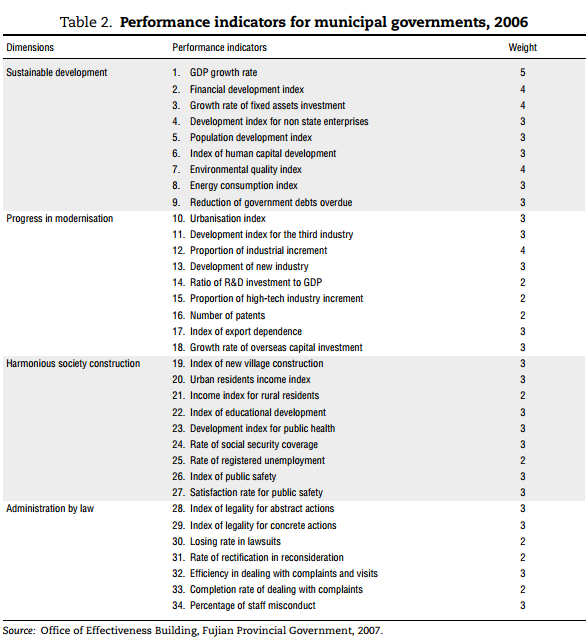 An example of a radical approach in this area is taking public assessment as the sole channel for governmental performance. A campaign inviting 10,000 people to assess the government’s performance of was launched in many cities like Zhuhai, Shenyang and Nanjing. In the latter city, public assessment covered three main areas: government work style, integrity and clean government. Information drafted on the results obtained from the campaign was incremental in designing future directions and objectives for governmental institutions.

Over the past 15 years, China’s public sector performance has evolved quickly, and the focus seems to have moved from a rapid economic growth to social and public functions, sustainable development, administrative law and human development needs.