KPI examples in practice: Camelot Group – the operator of The UK National Lottery

Written by Adelina Chelniciuc on March 9, 2010. Posted in Around the world, Articles, KPI

Its strategy is centered on four key elements:

The Camelot Group monitors and uses a set of Performance Standards (Key Performance Indicators) in order to achieve its purpose, follow the strategy and also remaining compliant with regulations so it will maintain its Operating License.

The table below presents some of the KPIs used by the Camelot Group, together with the targets set and achieved at the end of 2008. 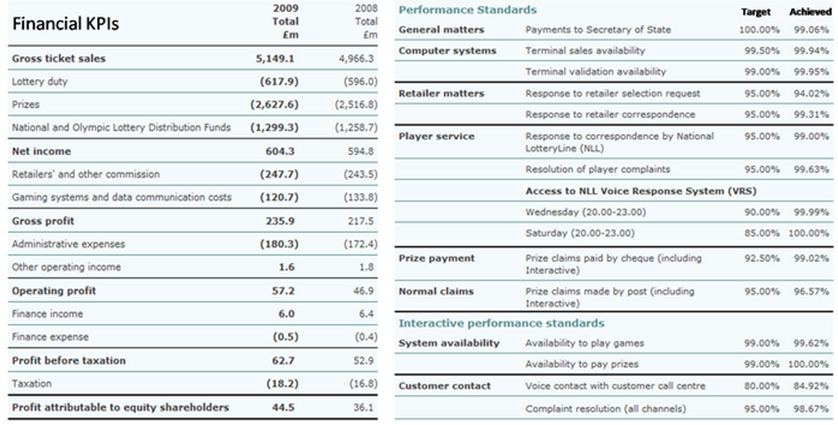 The table clearly depicts how performance indicators (both financial and non-financial) are aligned to the strategy the Camelot Group follows.

For example, to maximize the  returns the Camelot Group monitors indicators such as:

To give consumers easy access to the brand the Group monitors indicators such as:

The Camelot Group managed to achieve its targets for 2008 and even surpass some of them, safeguarding its position as one of the most cost-efficient lottery operators in the world.