The impact of using the Balanced Scorecard – Statistics and Results

The Balanced Scorecard emerged in the early 1990s as a new management concept and was immediately embraced by both academics and corporate world (Denton 2005, de Wall 2003, and Bourne 2008). Since then, the potential of this new concept was recognized in various forms, receiving distinctions as the best theoretical framework in 1997 from the American Accounting Association (Norreklit, 2003), while the Harvard Business Review considered that the Balanced Scorecard was one of the most influential ideas of the twentieth century.

Perhaps the most comprehensive evaluation of the global Balanced Scorecard adoption is given by the “Management tools and techniques” survey, administered annually by Bain & Company. Balanced Scorecard was introduced in the survey in 1996, when 39% of the respondents claimed to be users. For about five years this figure remained fairly constant, and then it picked up at 62% in 2002. Overall the Balanced Scorecard is considered one of the tools with the sharpest increases since being introduced in the survey, with an 18% change, although its usage dropped slightly in 2004 at 57%, and to 53% in 2009 as the latest Bain & Company survey reveals. Despite the high ratings and increased attention, as well as the idealistic scenarios that are presented in the Balanced Scorecard literature, the promises of the concept have yet to convert in widespread success in practice. While there are good evidence about widespread adoption, user satisfaction and executives’ perception, empirical and quantifiable evidence of the Balanced Scorecard  effectiveness in creating organizational value is scarce. Currently,  there are only few academic studies that test the success of the Balanced Scorecard implementation and its impact on organizational performance.

Perhaps, the most conclusive one performed by Crabtree and DeBusk (2008) shows that firms who adopt the Balanced Scorecard significantly outperform firms that do not adopt the BSC over a three years period, beginning with the year of adoption.

The study took in consideration 57 BSC companies and 107 non-BSC companies and compared the results of these companies on three important Key Performance Indicators or criteria, two years pre-adoption and three -year post-implementation of the BSC framework. 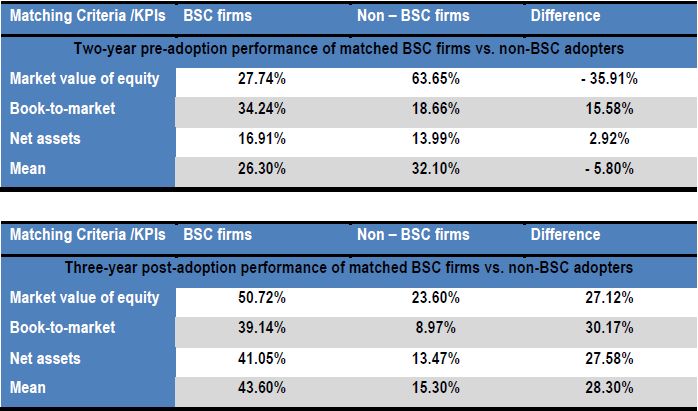 Another study performed by Palladium Research Team and cited by David Norton during the delivery of its Master Class at Balanced Scorecard Forum Dubai shows that  companies using the Balanced Scorecard System create dramatically higher levels of shareholder value for organization over a three years period. BSC Hall of Fame Organizations declare in average a 225% increase in shareholder values compared with only 15% for non-BSC organizations. 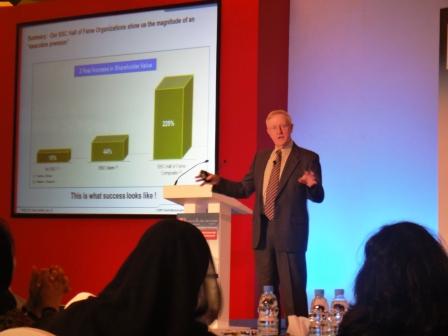 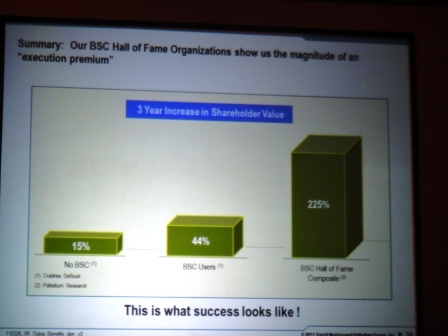 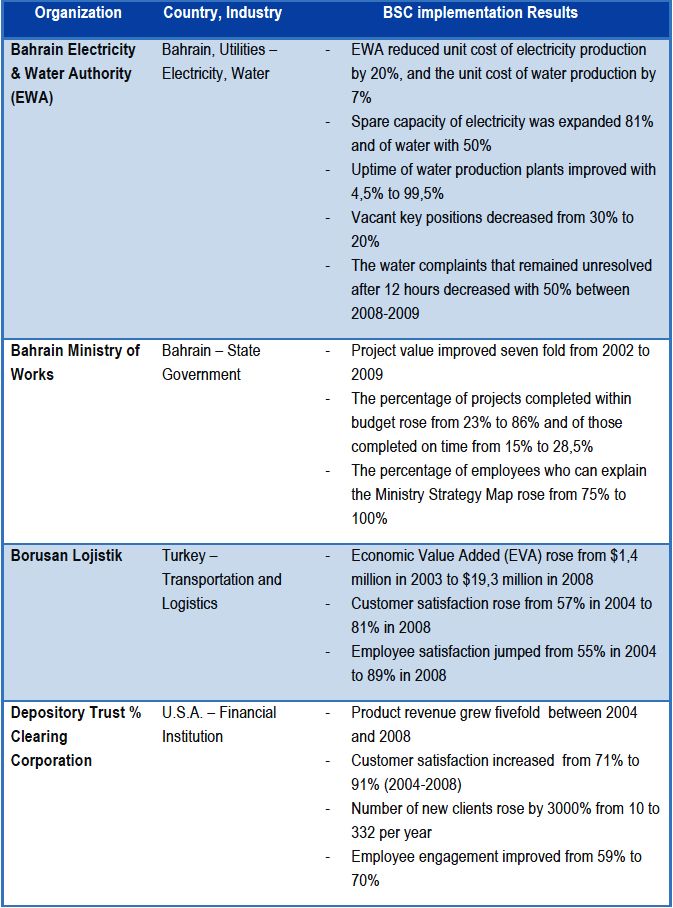 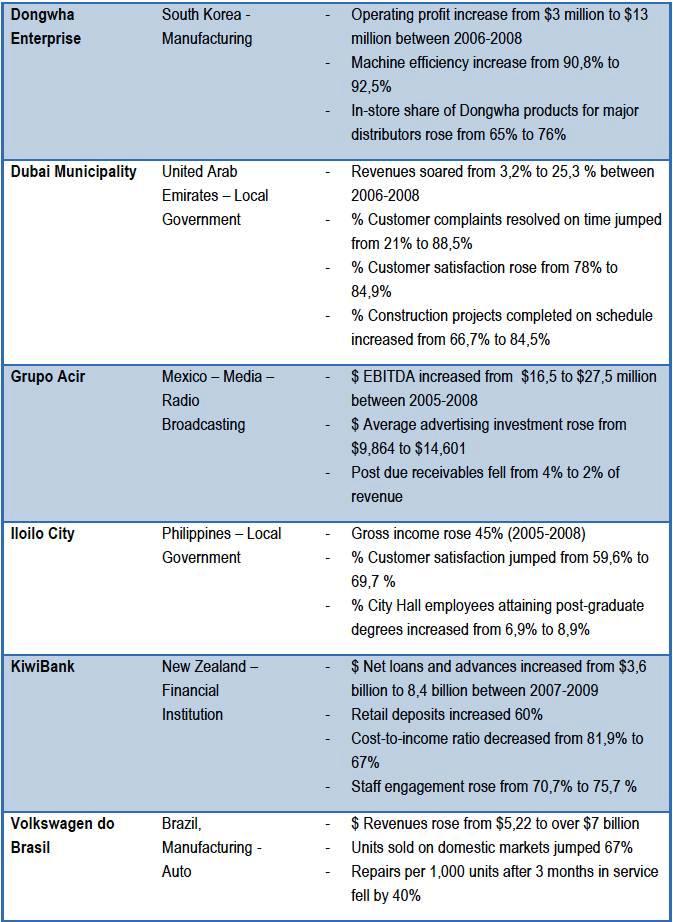