Measuring the gender gap is realized in four fundamental categories:

Each category is based on variables analyzed at the level of each country. The Global Gender Index 2009 includes a coverage of 134 countries, based on a set of 14 indicators, presented in the figure below: 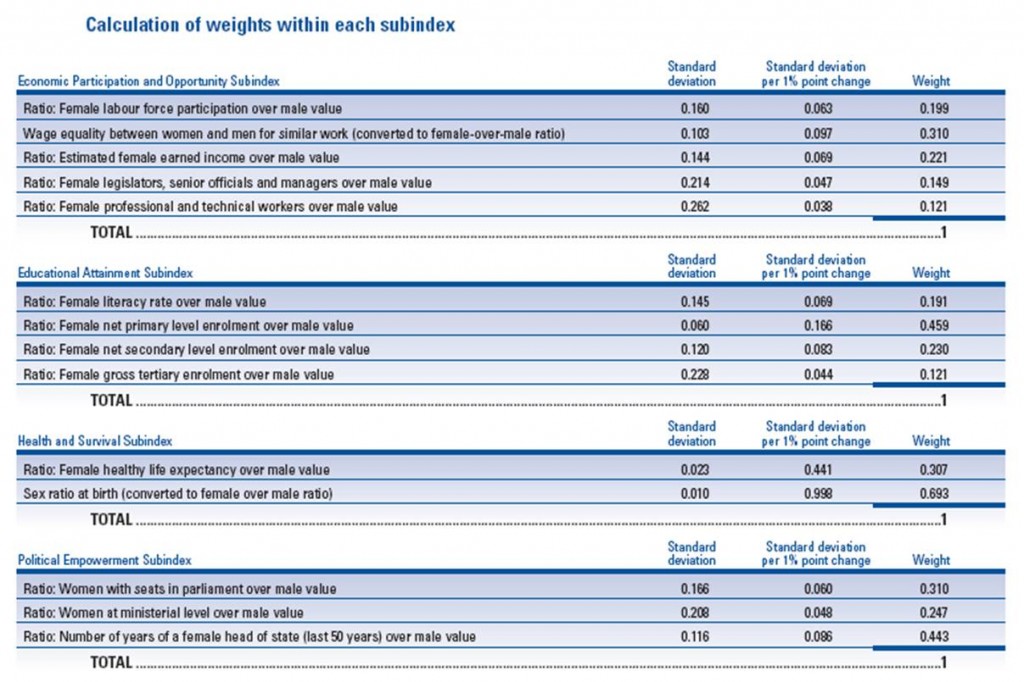 The 2009 report presents the detailed country ranking, the comparison with previous years,  regional classifications and relationship with other Key Performance Indicators at country level, such as the relationship between GDP per capita and the Glocal Gender Gap Index 2009:

For the last four years, the World Economic Forum has been quantifying the magnitude of gender based disparities and their progress, through publishing the annual Global Gender Gap Reports. The rankings are based on a straightforward methodology and quantitative analysis, intended to serve as a base for raising awareness among a global audience of the challenges posed by gender gaps and designing effective measures for reducing them (World Economic Forum, 2009).