Written by Tudor Modruz on September 26, 2016. Posted in Around the world, Articles, Strategy, Trending

“Climate change is a global challenge that demands a rapid and decisive response from every nation. In order to face it and to contain its effects, it is necessary that each country takes bold actions within its own boundaries.

Mexico assumes its commitment and global responsibility in the face of this challenge, which threatens the whole of humankind.” – Enrique Peña Nieto, President of Mexico

Written by Marcela Presecan on August 10, 2015. Posted in Around the world, Trending

“My father taught me something invaluable…Research is the mother of development for a country, for a company and for people”, Roberto González Barrera, Founder, GRUMA Mexico

Having understood the significance of Performance Management System implementation, the Mexican business environment is setting out to be increasingly attractive to analysts and investors worldwide. A world leader in corn flower and tortillas, GRUMA is a multinational company that has succeeded in conquering the world with its traditional Mexican products. Due to its unique two-way communication strategy with its stakeholders, the “Great place to work” management research and consultancy firm, awarded GRUMA “Best place to work at in Mexico” in both 2011 and 2013. Moreover, the “World Finance” magazine gratifies GRUMA with an award that recognizes the company’s achievement of the highest levels of performance in its respective fields of operation.

Written by Adelina Chelniciuc on January 6, 2014. Posted in Around the world, Interviews, Organisational performance, Practitioner 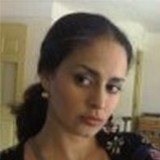 Isela Hernandez, Strategy Management Officer at Cinepolis Corporativo, Mexico, was one of the practitioners that The KPI Institute interviewed.

Written by Adelina Chelniciuc on October 19, 2013. Posted in Around the world, Consultants, Interviews, Organisational performance 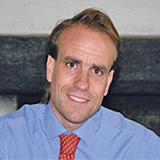 Enrique Romero Zabaleta, Operations Director LATAM & Spain at Insightforce Strategy Management Consultants Mexico was one of the consultants that The KPI Institute interviewed.