Working capital management has become an area of stronger focus in recent years. According to the most recent Capital Confidence Barometer, a survey by Ernst & Young and the Economist Intelligence Unit of over 800 executives from large global organizations, 86% of respondents reported that their companies have reviewed working capital processes and are now more focused on cash (Ernst&Young, 2010). 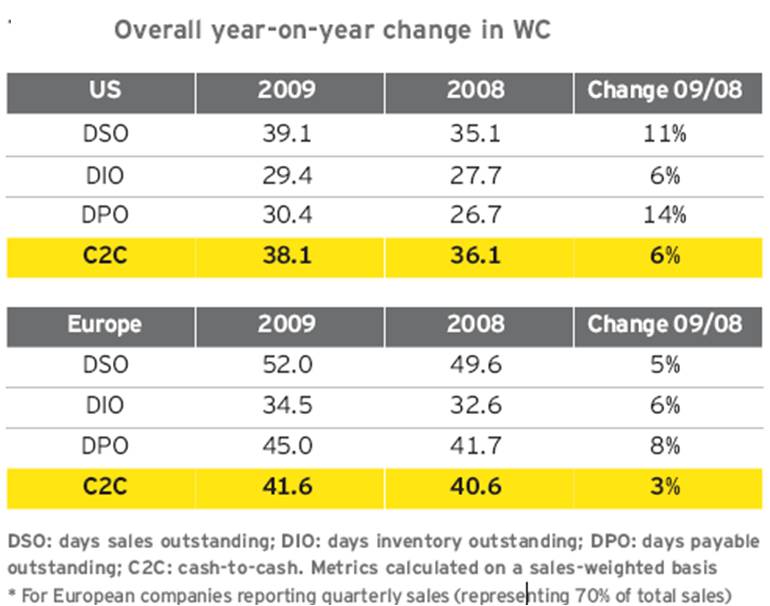 Though working capital performance deteriorated in 2009, significant potential for improvement is pointed through the wide variations assessed in performance between companies within each industry – up to US$1.1 trillion of cash for the leading 2,000 US and European companies. The report presents as main improvement point, the leading-practice working capital strategies and processes can generate significant operating cost reductions, this clearly affecting the cost of sales and general administrative expenses. References: Image Source:
Employment impact of European ports
HR role and trends in 2010