Results-Based Performance Management in the Philippines

The Result-Based Performance Management System in Philippines – RBPMS for short, is an initiative that promotes efficient governance for national government agencies and employees.

Written by Alina Miertoiu on April 11, 2018. Posted in Around the world

The Philippines economic growth has accelerated in 2015 and remained in an ascending trend until now. But is economic performance all it takes to consider a country a good example of managing performance at national level? 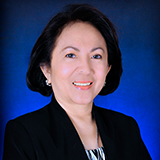 An important editorial rule followed in the development of the content is that a discipline can only evolve through the combined efforts of practitioners, academics and consultants. Teresita Villanueva, Managing Director at TAV Systems, Inc., Philippines was one of the consultants that The KPI Institute interviewed.

Written by Cristina Mihăiloaie on February 19, 2014. Posted in Around the world, Articles, Individual Performance

Before 2012, the Philippines Government rewarded employees from the board uniformily, regardless of their performance. In time, this approach proved to be limited in terms of motivating employees and stimulating progress. Therefore, an initiative to promote a performance and result oriented culture was implemented – The Performance Based Incetitives System (PBIS).

Written by Cristina Mihăiloaie on February 14, 2012. Posted in Around the world, Articles, Organisational performance