Written by Adelina Chelniciuc on March 15, 2014. Posted in Around the world, Interviews, KPI, Practitioners 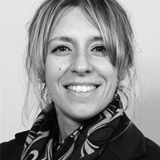 Luana Patacconi, Organisational Development Manager at the European Space Agency, Netherlands, was one of the practitioners that The KPI Institute interviewed.

Key Performance Indicators measured by the Port of Rotterdam Authority

Written by Ramona Gligorea on September 20, 2013. Posted in Around the world, Articles, KPI

Educational spending in the Netherlands – a thorough analysis of the indicators

Written by Denisa Călin on April 5, 2010. Posted in Around the world, Articles, KPI