Written by Catalin Stoia on July 1, 2016. Posted in Around the world, Trending

Welcome to Kuwait, the country where roughly nine out of ten people work in the public sector and where the unemployed are still not willing to join the private sector anytime soon.

I believe it’s important to balance work and personal life.

Written by Adelina Chelniciuc on February 18, 2014. Posted in Academics, Around the world, Interviews, Organisational performance 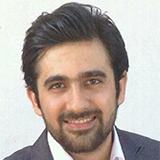 One of the main editorial rules followed in the development of the content is that a discipline can only evolve through the combined efforts of practitioners, academics and consultants. Dr. Ali El Dirani, Assistant Professor in Management at the American University of Middle East, Kuwait was one of the academics that The KPI Institute has interviewed.

Written by Adelina Chelniciuc on December 10, 2012. Posted in Around the world, Balanced Scorecard, News

Written by Adelina Chelniciuc on August 25, 2010. Posted in Around the world, Articles, KPI

A study recently released by Gallup, on the topic of the Potential Net Migration Index shows that nations such as Singapore, New Zealand, Saudi Arabia, Canada, Switzerland and Australia are atop the list of countries that could see the highest net adult population growth from international migration.